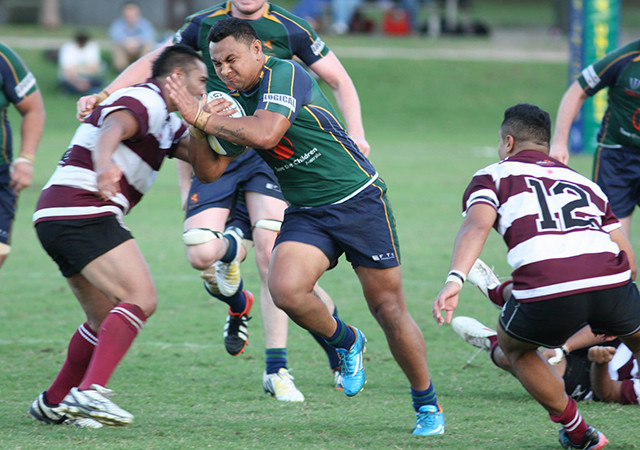 Melbourne host Endeavour Hills with both sides desperate to record victories after being overrun late in Round Six. Anare Koliavu, Melbourne Head Coach, said that the Dewar Shield is a competition on the rise.

“The standard overall has improved and there is probably less of a gap from all teams which is good for Melbourne Rugby,” he said. “The Buildcorp National Rugby Championship (NRC) has definitely brought over a lot of boys that are keen to make the team.”

Rennie Lautolo-Molimau and Junior Paila were two Endeavour Hills players in the Melbourne Rising squad in 2014, and Koliavu is expecting a real challenge from his opponent this weekend.

“They will want to get the win from us and we won’t underestimate any team in this competition,” he said.

‘Hills Head Coach John Eden is “expecting a disciplined team who will play solidly for the full 80 minutes.

“They’re strong in the forwards and I think they will try and use their back three out wide,” he added.

Melbourne won a low scoring contest 14-8 in Round Four last year, before also edging their visit to ‘Hills 22-17.