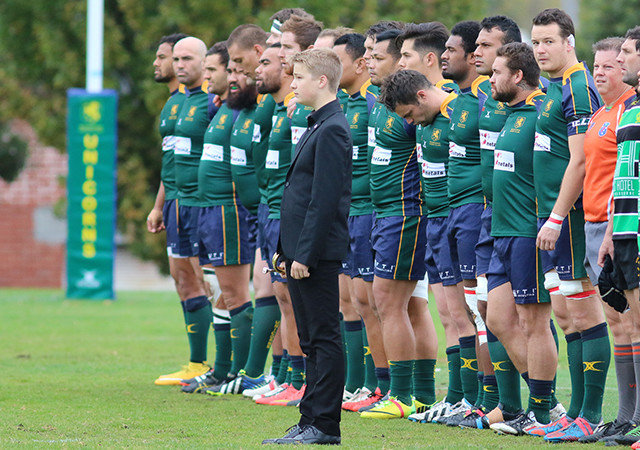 Sadly former MRUFC President Terry Coyle passed away on May 8, 2016 in Waipukurau Hospital Central Hawkes Bay. Terry joined the Melbourne Rugby Club in the 1960’s and played 1st Grade with the champion team of that time. In the early 1970’s he subsequently ran the Melbourne 4th Grade / ‘Gerries’ of the time as Coyle’s Commandos, which started a proud era of Masters’ rugby which flourishes today.

Terry kept playing into the 1980’s and was invited to play a 1st grade cameo game some years later such was his skill. He became President (of the Melbourne Rugby Club) in the late 1970’s and held office with distinction for three years.

His oldest son Dominic played for the Colts and went on the field with his father. His other two sons Brendan and Sean and wife Pat were regularly around the club when growing up… a Melbourne rugby family. Terry had many friends throughout the Club.

Not surprisingly he was an All Blacks devotee. He also started up a Thursday night tennis group in lieu of training which survives today with some of the originals still playing.

When not engrossed with his rugby his passion was sailing, which he introduced to many members who still enjoy his legacy. Notably one of his boats was called ‘Willie Away’… a legendary All Blacks lineout call. His homes and sailing venues included Russel in the Bay of Islands and Waiheke Island in the Hauraki Gulf, Auckland… the ‘City of Sails’.

Terry had a distinguished publishing career and kept on writing well into his illness. His multiple homes were always filled with books, music and art… and family.

He was also a very talented playright and director… some of his work is documented in New Zealand theatre circles. He sourced and directed many plays in Hawkes Bay… notably at the Waipukurau Little Theatre and in Napier.

Terry was a man who embraced life. He walked the walk. He will be sadly missed by his many friends.