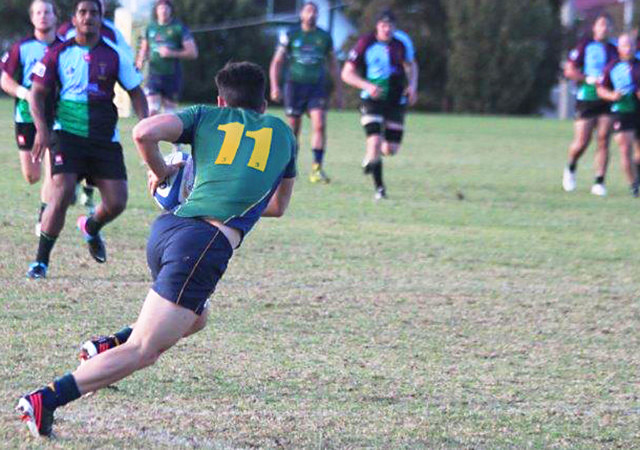 The top of the table #DewarShield clash between the only two unbeaten teams delivered a tough game of Rugby won by the better team on the day. Harlequins won the match and in doing so collected yet another bonus point in a perfect start to their season. The difference between the two teams is not as great as the final scores suggested and we are likely to see the two teams go head to head again in the Grand Final.

Both teams showed great structure and good combinations. The Unicorns showed they could put the visitors under extreme pressure, but they couldn’t convert this into points mainly due to Harlequins’ defence.

The difference between the two teams was Harlequins’ better execution of almost every aspect of the game. Lineout, ruck and breakdown were all in Harlequins’ favour, where the scrum saw a slight advantage to the Unicorns.

The game saw an early dominance from the visitors. Harlequins were better in reading Unicorns’ defence, and in finding space to move the ball. Melbourne was often forced to double up in the tackling zone allowing more space out wide. This resulted in Harlequins scoring twice in the first part of the half with their wingers – Leo Owade was the first over the chalk and then Kelu Vaele for the second.

Both Tries went unconverted by former Wallaby Lloyd Johansson, leaving the scores at 10 – 0 to Harlequins. This gave a strong Unicorns outfit the chance to get back into the game quickly.

Melbourne started to gain the ascendency, placing the Quins’ defence under real pressure. After several phases in the Quins’ twenty-two, the pressure turned into a sin-bin. Quins’ Fly-half Maradona Farao was the lucky yellow gift card winner, earning a ten minute rest from referee Dan Coelho.

The Unicorns didn’t take full advantage of the sin-bin and it soon cost them on the scoreboard. The visitors were able to score a runaway try that left Unicorns Head Coach Tumai Edwards lost for words. The teams went to the sheds with Harlequins 12 points ahead.

In the second half the Harlequins showed once again they are the better side on the day showcasing their slick execution across the field. Harlequins never looked in danger of losing the lead in the game. They crossed the line, with the Tries scored by the impressive Number Eight Simei Kolio and Fullback Paul Asquith.

To Melbourne’s credit they didn’t gave up and kept attacking. The Unicorns managed to reduce the deficit to 12 points, albeit not enough to earn a losing bonus point. Speedy winger Nairava was on the scoreboard for the home team, along with replacement prop Davis Tui.