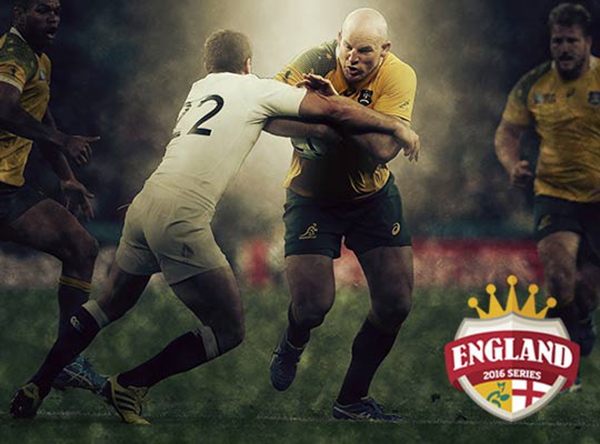 The Melbourne Unicorns in association with South Yarra BMW invite you to the Australia v England Test Match Lunch. ‘The Voice of Rugby’ Gordon Bray will be the Master of Ceremonies for the event and former Australian International Rugby Union Player Owen Finegan will be a guest speaker. Wallaby legend David Campese will also be in attendance and will participate in a Q & A session.

Gordon Bray AM
One of Australia’s most experienced and respected sports commentators with 46 years in the broadcast media industry. He has called over 400 Rugby Internationals including 75 Wallabies/All Blacks Test Matches and covered his 8th Rugby World Cup in 2015. Additionally, he has commentated 10 Summer and Winter Olympics and 6 Commonwealth Games, completed 6 Rolex Sydney/Hobarts on the official radio relay vessel and overall, has called more than 25 sports at international level. Gordon is chief caller for free-to-air test match broadcaster Network Ten. He is active on the speaking circuit as both keynote speaker and facilitator/master of ceremonies and has ambassadorial roles with South Yarra BMW.

Owen Finegan (Wallaby #724)
Owen Finegan is an intelligent, dynamic individual who has developed a range of skills and qualifications, both formal and personal, after an outstanding career as a professional athlete, representing the Australian Wallabies and the ACT Brumbies with distinction over a 10 year period. Owen has a strong business acumen and not for profit experience as the Current CEO of The Kids Cancer Project which is Australia’s No 1 Not for Profit fundraiser for Kids Cancer Research in Australia.

David Campese AM (Wallaby #623)
The last of the 2007 Wallaby Hall of Fame inductees to play for his country, David Campese was at the time of his retirement in 1996 the world’s most capped international. A wing/fullback, Campese would thrill crowds with his ability to dazzle his opponents. Among his playing honours was being voted Player of the Tournament in the Wallaby’s World Cup-winning campaign in 1991. David Campese was once described by an Irish International as the Pele of the Rugby World. The Queenbeyan-born speedster would score 64 tries in his 101 Tests.

During the event there will be auction items available including a BMW X3 with 5 Years / 80,000 kms BMW Scheduled Servicing and a Wallabies jersey signed by the 2015 Rugby World Cup team.

Tickets are limited so get in quick to ensure that you do not miss out.