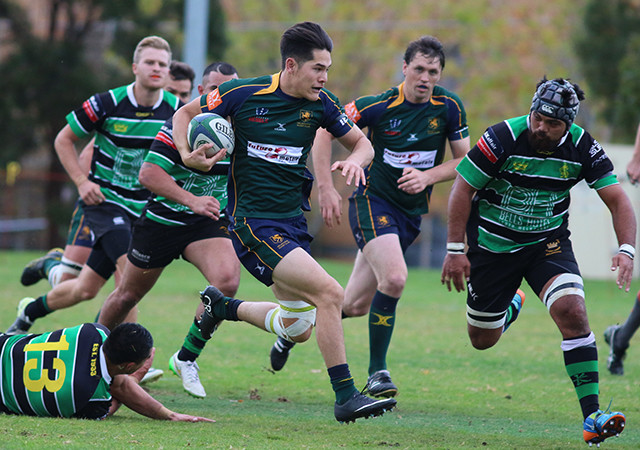 As we move into the second half of the 2015 Direct Connect Dewar Shield season, the competition has thus far provided more questions than answers.

Will Melbourne Unicorns be able to stay in the top four, having worked so hard to get there, or can Footscray, Moorabbin or Southern Districts take their place? And when will Power House and Endeavour Hills notch victories, having come so close on multiple occasions this season?

Can Harlequin continue their six game winning streak and secure a three-peat in 2015, or will Box Hill’s juggernaut continue as they look to go one better than last year’s runners up finish? Will Melbourne Uni be able to bounce back from the disappointment of their first loss of the season last weekend?

Strap yourselves in for another cracking nine weeks before the finals as the Direct Connect #DewarShield enters its’ second half, starting with four cracking fixtures this weekend.

Power House will come in refreshed after a bye in Round Nine, but Melbourne head into this fixture on a high after arguably their best performance of the season at Southern Districts last weekend, and with bragging rights from their 25-7 victory in the corresponding fixture back in Round Five.

“We will look to keep working on the little things and getting that right,” said Melbourne Head Coach Anare Koliavu. “It’s about getting better and that’s what we have been doing the last couple of weeks, and we certainly expect a spirited team out at their home ground.”

Telusa Veainu has been in hot form for the Unicorns, and will again be available to line up this week.