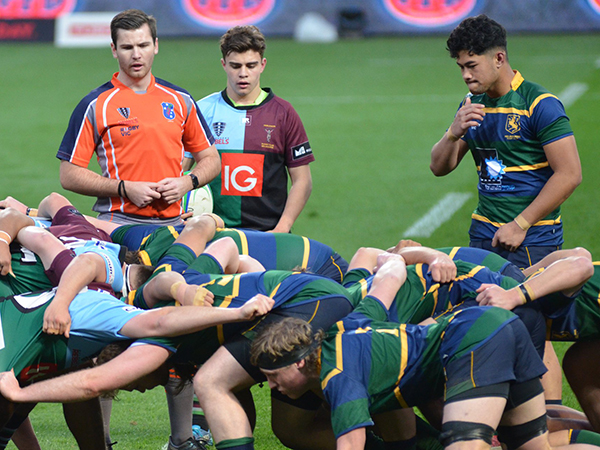 The Colts were excited to be playing their first Grand Final in over a decade at AAMI Park. It was a top of the table clash between Harlequins and Melbourne who finished second. Quins had won both fixtures during the Home and Away season and justifiably started as favourites for the Premiership.

Harlequins had bolstered their team with four U18 Rebels squad players, which proved to be a handful for Melbourne as they had depleted numbers. Within minutes, Quins applied pressure and Melbourne missed tackles that allowed the minor Premiers to score their first try.

Quins then scored three tries in succession over the next 15-minute period, two of which were converted and Melbourne started to lose their grip on the Premiership cup. Melbourne found themselves 24 points down with seven minutes to play until half-time. They needed to stop the rot and obtain possession. 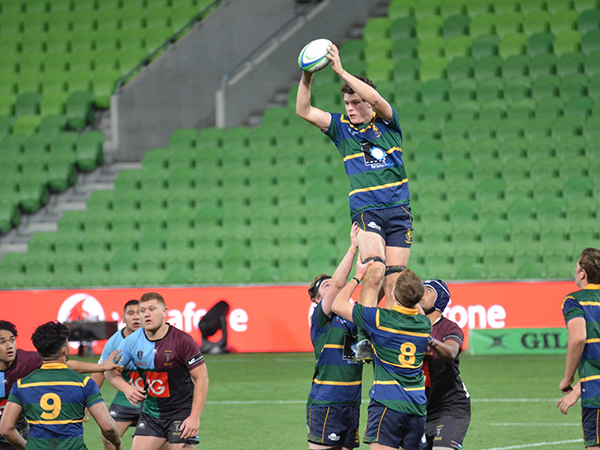 Having been starved of possession all half, Melbourne Captain Jeremy Burrill revved his troops and the forwards began to string phases together without turning over the ball.

Melbourne dominated the line-outs and a steadying of the scrum allowed their back line to stretch the Quins defence and apply pressure in their twenty-two. Quins exited and Melbourne had a lineout around the halfway line with minutes to go before half-time.

The Unicorns’ supporters could feel the game had turned, but could not have prepared themselves for what was to come.

Melbourne needed to be the next team to score if they had any chance of taking the Grand Final from Quins. After winning the lineout the Unicorns spun the ball out wide and Michael Kosetatino managed a line break and created space to throw a pass to Dan Lucas, which he picked up from his shoelaces and went over in the corner. Lucas converted his own try and the half-time score was 7-24. Perhaps the tide had turned. 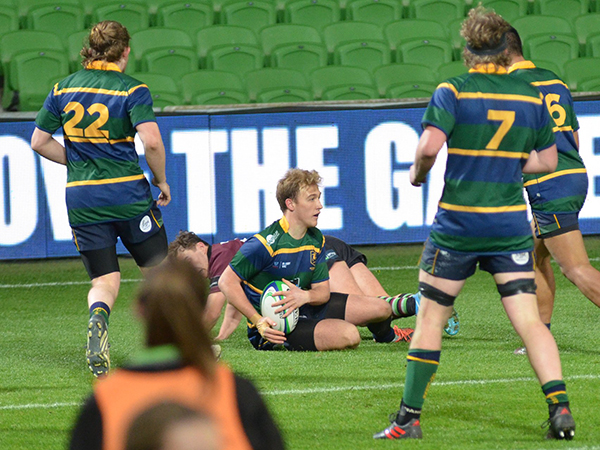 In the second half, the pressure exerted by the Melbourne Colts resulted in one of Quins players being yellow carded for a high tackle. With Quins down to 14, the next 10 minutes was a complete domination by Melbourne with Aaron Booth smashing through and scoring a try and Iakopo Mauola, now playing on wing, scoring in the corner. Lucas missed both conversions – the score was 24-17 to Quins.

Quins were back to full strength and this made it a contest again. The next 15 minutes proved to be a real arm-wrestle, however, Melbourne’s scrums improved and they took two tight head wins away from Quins which allowed them to press into their half, where Ben Dixon scored a try. With Lucas converting it was all square 24-24.

This really was a Grand Final for the ages.

Harlequins went up a gear and managed to create space out on the wing with Fred Langley coming across and tackling the player that put him over the sideline. With the cup on the line emotions erupted and a melee formed near the Quins bench.

Both the Referee and his assistant controlled the situation and Langley was sent to the sin bin along with a Harlequins player who had run from 35 metres away to join the melee. This resulted in a reversal of the penalty.

With seconds left on the clock and ball in hand from the resultant penalty, but too far out to take a shot, there was time for Melbourne to have one more lineout. Lucas punched the ball into the Harlequins’ half and a lineout formed near the twenty-two.

Last play of the game.

Once again Booth won the lineout and the Melbourne backs attacked and after three phases managed to win a penalty right in front of the posts. Before Burrill could signal to Lucas to take the kick, Halfback Kosetatino tapped and went for the line. He was stopped short by some Quins’ players who had not retired the ten. The Referee played advantage, Melbourne spun the ball out wide to Dylan Faamausili who crashed over the line to score the winning try. 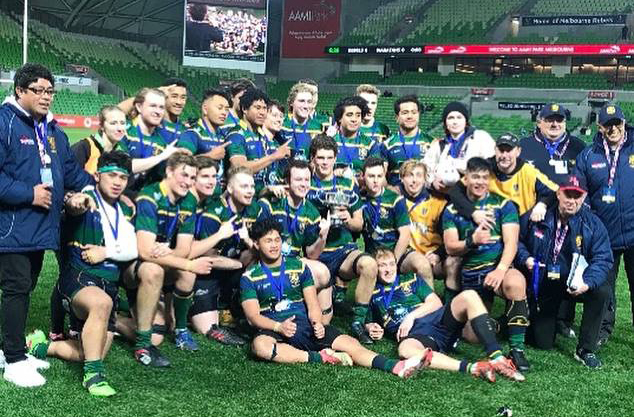