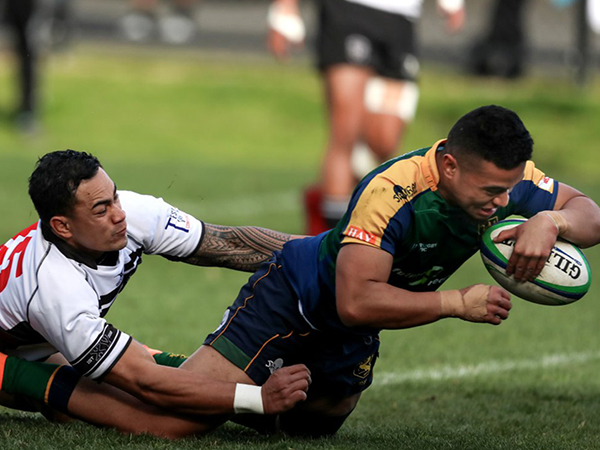 The 2019 Brighton Renault Dewar Shield is finally here. Round 1 of the highly anticipated season will see a number of blockbuster match-ups including our Match of the Round between 2018 Preliminary Finalists Moorabbin and 2018 Premiers Melbourne.

The last time these two sides met was in the 2018 Preliminary Final where the eventual Premiers Melbourne where to strong for an exciting and dynamic Moorabbin side.

We caught up with both coaches before their Round 1 clash to hear their thoughts on their sides’ preparations and what they believe the opposition will bring game day.

How has the teams’ preseason preparations come along?
Preseason has been great so far, we have a lot of new faces this year. Our new forwards coach Rayne Simpson has brought in a lot of new fresh ideas, so just been focusing on getting our cohesion right.

How does the team taking the field this weekend look compared to the 2018 Premiership side?
We will have four guys starting tomorrow from the 2018 squad, I’m really looking forward to seeing what this years’ squad can do. There’s a lot of experience and energy amongst the group, the boys have worked hard in the preseason and are just ready to play some football.

Any new key recruits we should look out for this weekend?
We have had a few new faces in the squad this year, so expecting them all to get out there and impress.

Making it to the Preliminary Final in 2018, what do you think Moorabbin will bring to the match-up in Round 1 of the 2019 competition?
Moorabbin are always a physical side with a lot of flair, so you always have to try and limit the amount of possession they have

Which players do you expect to fire for Moorabbin this weekend?
All of them!

How has the teams’ preseason preparations come along?
Preseason training has gone mostly to plan and as is typically felt around this time, the boys are champing-at-the-bit to get on the field and apply their learnings.

How does the team taking the field this weekend look compared to the 2018 side that made it to the Preliminary Final?
In comparison to the Rams’ team of 2018, we’ve opted for a lighter, more mobile pack for the upcoming season. This has opened the door for a number of our young chargers to strut their stuff on the big stage.

Any new key recruits we should look out for this weekend?
We haven’t recruited much this season as we have done up skilling our existing players. In saying that, new players who are worth noting will be Marac Beckham whose joined us from Heartland rugby in NZ; Matthew Shillabeer – Harlequins UK; and Elliot Shipman and Joseph Annan – both from Perth.

Premiers in 2018, what do you think Melbourne will bring to the match-up in Round 1 of the 2019 competition?
Melbourne, as every team knows, is a well drilled well coached team that know only how to bring their best. So there’s going to be no surprises installed come Saturday’s game. I expect their line speed in defence will be a key feature in applying intense pressure and their ability to move the ball around will no doubt aid in their quest for points.

Which players do you expect to fire for Melbourne this weekend?
Former 2018 Rams front rower Noa Noa teams up with brother and captain Sakalia Noa for the ‘Corns this season. I expect both will be strengthened by their pairing and should go well.

The Brighton Renault Dewar Shield Match of the Round will be held at Harold Caterson Reserve, Kick-off 3:15pm. Tune into Rugby Victoria’s Facebook page from 3pm to catch the Live-Stream of the Match and tune into Channel 31 on Wednesday 8pm and Saturday from 1pm to catch the free-to-air TV Replay.