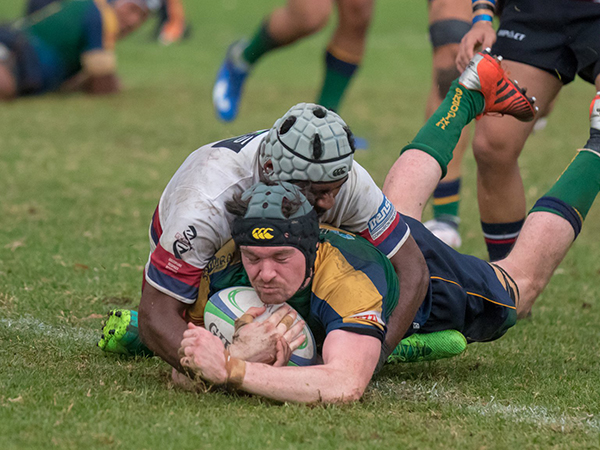 The Match of the Round for Round 6 of the 2018 Dewar Shield will see third place Moorabbin take on competition leaders Melbourne. Moorabbin and Melbourne both come into this game in winning form, with Moorabbin claiming three wins on the trot, while Melbourne remain the only undefeated side of the 2018 season after five rounds of the Dewar Shield.

The top of the table Melbourne continue to show why they are the team to beat in 2018. The biggest test of the year for the Unicorns came last week against last year’s premiers – Harlequins. The side took the lead in the early stages and looked to be in control until back-to-back Try’s from Quins saw the visitors swing the game back in their favour before the end of the half. Melbourne trailed for the rest of the match until the final play of the game saw them secure a penalty Try and with it the win. The Unicorns will look to add to this undefeated season and hold onto the top spot away at Moorabbin this weekend.

Moorabbin has had an impressive start to the year. Only dropping one game this year to 2017 champions Harlequins, the Rams have secured 2+ Try victories in all other matches, with Endeavour Hills the only other team coming close to defeating the side. Moorabbin’s most recent victory came against top four side Melbourne University, accounting for the students 36-20. The Rams will be looking to be the first side to knock-off Melbourne this year in front of their home crowd at Harold Caterson Reserve.

Match of the Round will be Live Streamed through Rugby Victoria’s Facebook page. Kick-off at 3:10 PM.

We sat down with the opposing sides to hear their thoughts on the upcoming match-up.

How do you feel your side is tracking nearing the halfway point of the season?

You’ve got to be happy where we are sitting on the table but overall we are still far from producing consistency each week, still a lot to work on.

What did your side take out of last week’s come from behind victory against Harlequins?

I guess the tempo at the start that Quins set really caught our guys off guard, they really dominated that first half and exposed us in a few areas which we will need to improve on.

Simplicity, learning to adapt when put under pressure, regroup and play to our structure.

What do you think Moorabbin will bring to the match up?

Moorabbin are always a physical side with flair out wide, they are tracking along well with only the one defeat so they will be a real threat this weekend.

Which players will you be wary of in this Moorabbin side?

There 10 & 12 combo consists of Rebels’ players so they are very dominant there, their forward pack look very physical and mobile so we will need to be ready for that battle.

How do you feel your side is tracking nearing the halfway point of the season?

As a club we are very pleased with where we are at this stage of the season, however we are well aware that there is still a long way to go and a lot can change if you are not on your game each week.

What did your side take out of last week’s match against Melbourne University?

What was most pleasing was the way the boys kept turning up for each other. It was a physical game and many of the team took some knocks throughout the game, but kept contesting at every opportunity. We have established a tight knit group who are enjoying playing with each other week in week out.

Recovery! The group are well aware of the challenge that confronts us this Saturday. Melbourne are clearly the benchmark of the competition to date and seeing how we measure up is a test in itself.

What do you think Melbourne will bring to the match up?

Melbourne have shown that they are a well-structured team who execute very well at all facets of the game. Making sure we get at least an equal share of possession will be vital. The Unicorns have strike power from all over the park, but especially their back three pose a major threat and containing them will be important.

Which players will you be wary of in this Melbourne side?

As I said their back three but also their set piece have the ability to dominate teams. As a group we are really trying to focus on getting our systems right and execute at the important moments. The team know what a huge task this will be, but they are really up for this game.