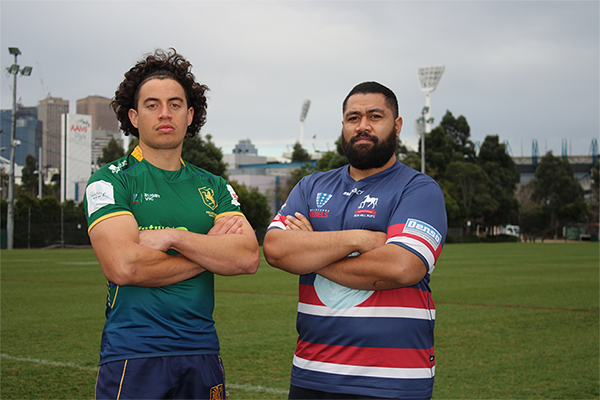 After 14 Rounds and the 2019 Brick Lane Brewing Finals Series it all comes down to this. With both a win a piece during the regular season, Melbourne and Box Hill will be going into the Grand Final clash with confidence that they can come away with the Shield.

Melbourne booked their place in the Final after seeing off Quins 12-0 in the Major Semi-Final, while Box Hill have had a bit more of a journey, defeating Melbourne University 28-15 in the Semi-Finals and then Harlequins in a hard-fought Preliminary Final contest 23-19.

We caught up with both sides before their knock-out clash to hear their thoughts on their sides preparations and what they believe the opposition will bring game day.

How has the teams preparations been heading into the Grand Final?
The team has prepared really well and having a week off before the Grand Final has been very beneficial for us. It has allowed some of our players to get over a few little niggles and bumps so that we will be hitting this game fresh and firing. The week off has also allowed us to fine tune a few things before the grand final which is really important.

What learnings did you take out of your two regular season match-ups against Box Hill?
Both games have been very competitive and I think the two best teams have made the final. Box Hill have a big forward pack who carry the ball very well. They have got some very good structures in place this year which allows their fast back line to attack.

What do you expect Box Hill to bring to the match-up for the Grand Final?
Playing on their home ground Box Hill will be fired up and no doubt come out hard.

Which players do you expect to fire for Box Hill this weekend?
Well to be honest we hope none of them do. They have good players throughout their team but their 9 and 10 really dictates how the team play, so we will keep a close eye on them.

How has the teams preparations been heading into the Grand Final?
We have had a good week, no injury worries. Boys are ready.

What learnings did you take out of your two regular season match-ups against Melbourne?
Melbourne are a great side, well coached by Tumai and lead by Noa on the park. They will be hard to beat but we won’t die wondering.

What do you expect Melbourne to bring to the match-up for the Grand Final?
Everything within their powers, they are the defending Champions, we are going to try and take it from them. They will be hard to crack.

Which players do you expect to fire for Melbourne this weekend?
All of them.