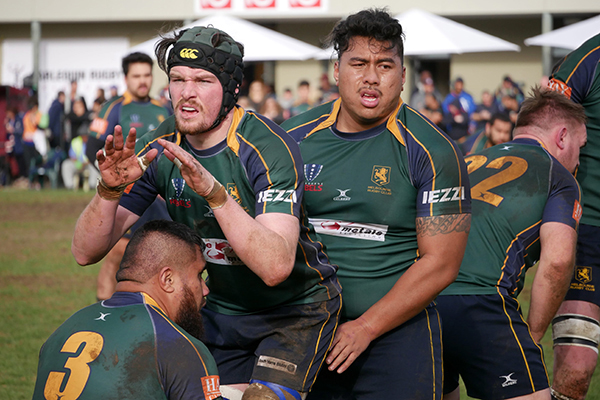 Coach Tumai Edwards said the Unicorns will need to be at their best if they want to usher in a changing of the guard. “It would be a nice change to have a different club win it, but in saying that, they’re a very quality side and a very successful club. We’ve got to put in our best performance to beat them.”

With a shot at history on the line, Harelquins coach Pom Simona said his team is focusing on treating the game as a one-off. “The other games we’re played throughout the year won’t mean anything to them, or us. This is a one-off game, anything can happen and that’s how we’re treating it.

“We haven’t really spoken about trying to win four in a row. A lot of our team are quite young. We’re all trying to win our first title together so that’s the way we’re treating it.”

The teams have met three times this season, most recently just two weeks ago in the semi-final where Harlequins prevailed 27-11.

Edwards said his team will be going in as underdogs but can pull off an upset if they stick to what got them to the finals.

“We’re definitely going in with the underdog tag but we’re quietly confident that if we stick to our structure and game plan there could be an upset on the cards.

“We’re not doing anything different, we’re focusing on getting our basics right and our structures right because it’s pointless to change anything now. We’ve made it to the grand final so obviously what we have been doing is working.

“We’ve got a few tricks up our sleeves but in finals football it’s about taking every opportunity which comes your way and making it count. We’ve got to play our best game all year to get over them.

Simona said he expects the Unicorns to attempt a similar game plan to the one that was successful again Box Hill in the preliminary final last week.

“We were really impressed with their game last week, so I don’t see them changing too much from the way they played.

“I thought their attack from first phase, especially from their lineout, was really good. They went wide a lot which is a bit different from what they’ve been doing. That’s the way they want to play and that’s what we’re expecting them to do.”

Grand finals are where the best players shine and Edwards said things will need to start up front for the Unicorns to gain the upper hand. “I’ll be looking at my front row. They’ve got a big pack so it’ll be up to them to set the platform. In the last game they kind of bashed us around so the front row need to lead from the front and the boys will follow.”

Simona said the Harlequins leadership group will need to be at their best on Saturday if they are to prevail. “With a relatively young team, we’re putting a lot of pressure on our older guys. We’re expecting the leadership group of Murry Douglas, Sione Taufa and Lloyd Johansson to really step up.”