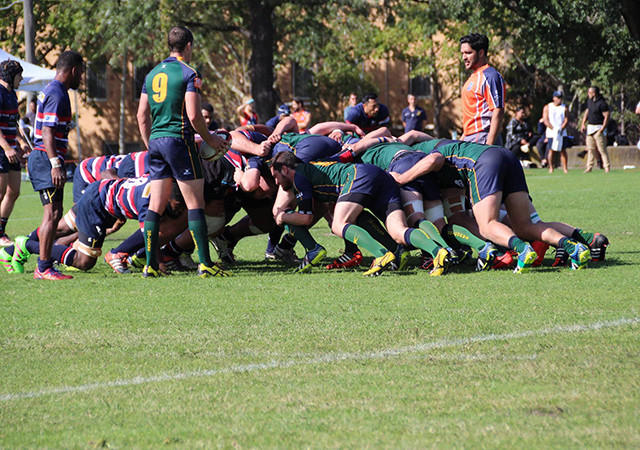 Harlequins qualified for their fourth consecutive #DewarShield Grand Final with a 20-11 win over Melbourne Unicorns at a sodden Ashwood Reserve on Saturday.

Stung by their loss to Box Hill in last week’s final round of the home-and-away season, Quins started the game brightly.

Led by Sione Taufa, standing in for the injured Gus Hamilton, Murray Douglas and Mahe Valilanu, the Quins forwards established a strong attacking platform with Tries to Taufa and Eli Vole and accurate kicking from Rian Oliver giving them a 20-3 lead nearing half time. A late Unicorns Try, however, saw that margin reduced to 20-8 at the break.

The second half was a defensive arm wrestle, with a solitary Unicorns penalty the only score.

As well as by Taufa, Douglas and Vole, Quins were well-served by young halfback Ant Van Zyl who stood up in his duel with Mick Snowden.

Quins now enjoy a week’s break before playing the winner of next weekend’s knock-out Preliminary Final.

Meanwhile in the second Semi-Final, the toll on the Broncos forwards was beginning to show by the end of their match and the final whistle came as a great relief with Box Hill winning 27-20 against a determined Powerhouse.

Box Hill now move into the Preliminary Final against the Melbourne Unicorns next Saturday August 6 at Ashwood Reserve.